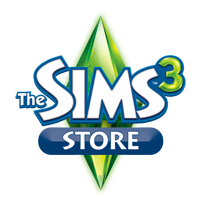 What is known as “The Sims 3 Store”, are the micro-transaction-based items for The Sims 3, which were released somewhat independently from the main line of The Sims 3 games. These so-called “store items” were released monthly, between July of 2009, until August of 2014.

The majority of the store items are purely cosmetic in nature, though some items offer new types of sim-interactions.

In line with the tradition of G4TW, we shall continue posting the repository of Sims 3 Store Items, on this new website as well. Note that there is no official and public “listing” of which items were released in which month. The majority of the downloads that you will find below, were donated to G4TW back in the days, that’s how we eventually figured out the order-of-release of the individual sets. But the official Sims 3 website has the items merely organized as “themed sets”, with no specific release date given.

For your convenience, you can find links below, that have the items organized as per the released date. The first batch of these download links will be hosted on the site cloud.mail.ru, though over time we intend to create additional entries for individual monthly releases, similar like on the old G4TW website. Use the button that looks like this for downloading from cloud.mail.ru: “Скачать”.

Extra tip: if you are completely new to this, or if you just re-discovered The Sims 3, we definitely recommend grabbing the so-called “store fixes” too, which will help in fixing some issues relating to certain store-items. Instructions are included within the small download.